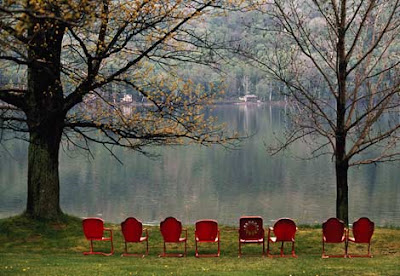 Google Inc. and Intel Corp. announced an effort to get computer makers and customers to adopt technologies that reduce energy consumption.

PCs waste about half the power they consume, while computers overall account for about 2% of world-wide energy usage, backers of the effort estimated. If computer users meet the targets, the amount of carbon dioxide emitted to supply power for computing uses could drop by 54 million tons a year and save more than $5.5 billion in annual energy costs.

Participants in the program, dubbed the Climate Savers Computing Initiative, must commit to produce systems and components that meet the power-efficiency targets. Corporate customers commit to purchase power-efficient computing products and use software that allows computers to waste less energy.

The EPA already runs a program called Energy Star, whose initial power-efficiency standards for PCs the new group is using as its base line. That program mainly focuses on PC power supplies, which also are a focus of the new initiative.

Urs Holzle, a Google senior vice president, estimated that most PC power supplies operate at about 65% efficiency. The Energy Star guidelines seek to raise that to 80%, but the new initiative sets targets to reach 90% efficiency by 2010, he said.

The new program also focuses on another source of wasted energy in PCs -- components called voltage regulators that are installed on the main circuit board. Though it hasn't spelled out its guidelines, Mr. Holzle estimated the group hopes to drive efficiency of voltage regulators to about 95% from about 80%.

Another focus is getting companies to turn on power-management software on their PCs, which puts desktop computers into a sleep mode to save energy after periods of inactivity.

'This is not a technology problem,' said Pat Gelsinger, a senior vice president and general manager of Intel's digital enterprise group. 'It is really an industry choice.'

The improved hardware comes with an upfront cost -- about $20 more on a PC and $30 more for a server, Mr. Gelsinger estimated. But by getting big U.S. computer users to adopt the technology, and then pushing the concept to other countries, greater manufacturing volumes should reduce that price premium, he said. Along the way, the annual electricity bill for running an average PC could drop to less than $10 from about $40, if customers adopt all of the improvements recommended by the group, he said.

Some technology vendors already try to one-up each with eco-friendly products. One of Dell's most potent energy-conserving options is simply selling PCs with power-management features switched on, said Jon Weisblatt, a senior manager for energy initiatives at the computer maker. If all working PCs used that feature 30% of the time, it would save 57 billion kilowatt hours of electricity a year, he said.
科技